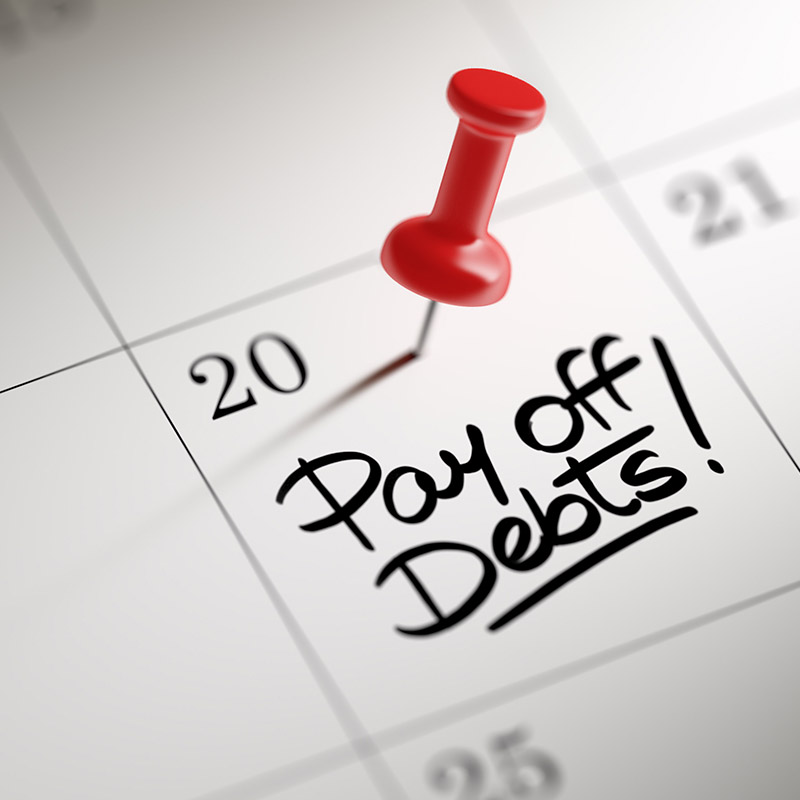 The term “get the ball rolling” has application in many areas of life. You might get the ball rolling on a difficult work project, home repair, or nagging personal pursuit. It means starting simply, and allowing your initial efforts to pick up steam over time. The wisdom behind the words is that once the ball is rolling, it can be hard to stop. And, before you know it, your difficult project is complete.

Coined by financial guru Dave Ramsey, debt snowballing is the exact same concept. It refers to a method of eliminating debt where you start simply and let your work gain traction over time. And, it’s a great way to find motivation to eliminate debt, where it was once lacking.

The first step to getting the snowball rolling is to reduce your spending in order to free up extra money that can be put toward debt elimination. As with most difficult projects, finding motivation to start might be the hardest part. It means changing your habits and having uneasy conversations with yourself about your lifestyle and spending practices. It also means you’ll have to stop adding debt entirely. But, the good news is that you’re starting simply, and you don’t have to find a lot of extra cash to get the ball rolling in the right direction.

Now that the ball is finally rolling, it’s time to take a closer look at your debts. List them in order of payoff amount, smallest amount on top and most burdensome on bottom. For example, you might have a credit card bill for $2,000, a student loan for $10,000, and several debts in between. Looking at your entire debt picture at the same time can be intimidating, but rather than focus on the collective weight of your entire debt, set your sights on your smallest debt first.

In addition to making monthly minimum payments on all your debts, let’s say you have an extra $200 to put toward debt elimination. By focusing on your smallest debt first – your credit card debt, in the example above – you can eliminate it within a year by allocating just a little extra cash every month. Then, keep the ball rolling by taking your $200, adding the amount of the minimum payment you were making on your old credit card debt, and applying both toward the next debt on your list. And, the process goes on and on until you’re completely debt free. By snowballing your debt payments, your initial $200 allocation eventually becomes an unstoppable, debt-eliminating force, rolling its way toward financial freedom.

The debt snowball method can be a great way to find motivation to eliminate your debts. Be aware that this method doesn’t necessarily eliminate your highest interest loans first, so you may want to explore other methods if you’re concerned about high interest rates adding up. But, for those looking for a simple way to get the ball rolling on the difficult process of debt elimination, the debt snowball is a great place to start.